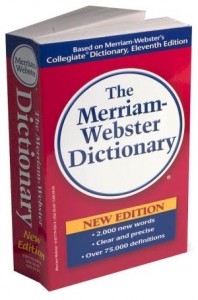 I ran across this blog the other day. And I realized it was mine. “Wow,” I say to myself, “I remember this blog.” When did I quit putting anything on it that wasn’t related to books? When did I become so one-dimensional? People are going to think the only thing I care about are books – mine, yours, the library’s, Rob Kroese’s. I decided I needed to write a post post-haste.

“Hmmmm,” I thought, “what else is really important to me that I’d want to share with the multi-verse?” Family. And when I say “family” I’m also including those people who become family to us through shared pain and suffering or mutual joy and hilarity.

First, we have to discover what a family is. I just told you I consider family to be my biological family and my adopted-through-hurt-or-humor comrades. But for the real definition, we must explore what the authority on all things, Merriam-Webster, has to say. 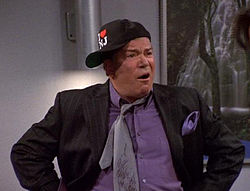 The first definition for family reads: “a group of individuals living under one roof and usually under one head.” Well, we live in one-half of a duplex and share a roof with our neighbors but I don’t consider them family. And what does “one head” mean? Like the big giant head from 3rd Rock from the Sun? I can hear William Shatner at holiday functions, “We……… are……… fam…….. i…….. ly.” Moving on.

The next definition reads: “a group of persons of common ancestry: clan; a people or group of peoples regarded as deriving from common stock: race.” I have lots of people with common ancestry. But are we a clan? A clan is a group of close-knit and interrelated families. Unfortunately families (not just mine) sometimes don’t act very close-knit. And does “common stock” mean all Scotch-Irish-American-Indian-Who-Knows-What-Else people are part of my family? That would be cool. I’ve always loved Reba McEntire. Maybe we can hang out? I’ll explain to her security guards that we’re family according to Merriam. 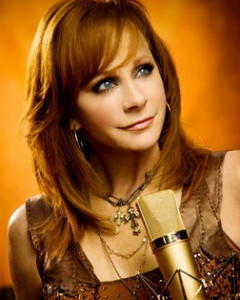 Then we have “a group of people united by certain convictions or a common affiliation: fellowship; the staff of a high official (as the President).” The “common convictions” part is why believers refer to other believers as their church family. That’s gonna be a ton of Christmas cards. I’m just saying. But does that mean all the vegetarians are my family? Or everyone who watches reruns of Psyche over an over again? And does anyone else think they should rephrase the President part so that it doesn’t indicate our Commander in Chief is basted? 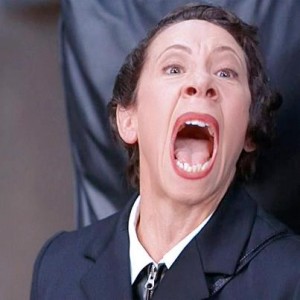 Moving on… “a group of things related by common characteristics: as a closely related series of elements or chemical compounds; a group of soils with similar chemical and physical properties (blah, blah, blah).” This is too science-y to discuss. I need Frau Farbissina to yell, “Next!”

And next includes, “the basic unit in society traditionally consisting of two parents rearing their children; also : any of various social units differing from but regarded as equivalent to the traditional family; a spouse and children.” I get the first part. But as the second part indicates, basically any group of people functioning as a family can be considered a family.

I love this one: “a group of related plants or animals forming a category ranking above a genus and below an order… ZZZZ (sorry, dosed off)… and usually comprising several to many genera; (some stuff about) descendants or line and (other stuff about) identifiable strain within a breed…” Boring. But I think it basically means my sister, Dorothy, can truly claim her dogs are her family. That’ll be a nice tax break.

But wait, there’s more. “A set of curves or surfaces whose equations differ only in parameters.” I think this is Geometry. Look away, Allyson, look away.

And finally, last but not least (I love cliches): “a unit of a crime syndicate (as the Mafia) operating within a geographical area.” I’ve never been a member of a crime syndicate (unless you count reading James Patterson’s Women’s Murder Club books) but I’d be willing to give it a try if I didn’t have to kill anyone. Based solely on television dramatizations, I believe these people are the epitome of family, very close-knit. A quick Google search, however, indicates that being the big giant head of a crime syndicate makes you a “Don” or a “crime boss” but if you become the big giant head of a drug cartel, you are considered a “lord.” That doesn’t seem fair. 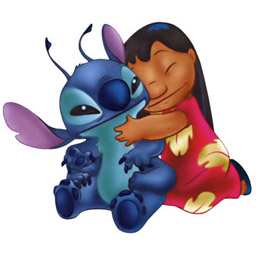 But my favorite definition of family wasn’t in Merriam’s database. It’s from Lilo and Stitch, “Ohana means family. Family means nobody gets left behind. Or forgotten.”

So what have we learned? That family is whatever you make of it. Being biologically related does not make you family. Effort does. Blood doesn’t bind. Time does. Time spent on shared pain and mutual hilarity.

← From My Window
Sparky and the ‘Cuda →