August 20th was a day like any other. The girls were in school, the husband off to a client’s, my fave songs on my iPod – I was ready to tackle the grueling daily mission that is the bane of a woman’s existance – housework.

After plugging in my tunes, I bounced down the stairs like an energetic twenty-something (which I’m not). As I placed my right foot to the foyer floor I turned my ankle at an unnatural angle. After a Kelly-Clarkson-esque scream, I hopped to the nearest chair. Luckily my iPod is my iPhone (thank you Apple) and I was able to call my husband. He said he was at least 30 minutes away, so I called a friend who’s closer. 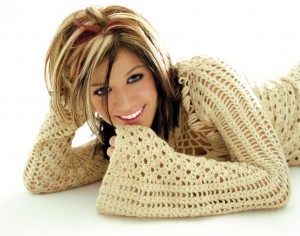 I could already feel swelling and removed my shoe. I realized my toe ring was going to be a problem, but it’s a really thick Celtic silver band – not easily opened for removal. I rummaged through the table next to my chair and found a paperclip which I used to get under the edge of my ring and wrench it open enough to free it from my already puffy toe.

My girlfriend, Rose, arrived swiftly and she enlisted a neighbor’s help to get me to her SUV. A hurried trip to the emergency room and I was whisked in efficiently via wheelchair. Everyone was kind and professional, but I gotta say, when you’re hurting, everything takes way too long.

My husband arrived before admittance was complete and my friend took off to return to work. I was eventually wheeled back to a room and people came in and out with little actual interaction with me. My husband surfed his iPhone.

At one point, pre-opium-based drugs, I was taken back and received six x-rays. Back at my room I did get that opium-based pill and an ice pack. A doctor came in finally and gave me the great news – a bad sprain and some arthritis. He said I’d be on my foot in no time and walking normally in a week or so. He didn’t even introduce himself.

Once home, my husband got me situated in bed and ran out to get more of those opium-based medications I love so well. Fast forward…

Two months passed and I still couldn’t walk without great pain and difficulty. I arranged an appointment with my osteo guy, Stan Schooler. He previously diagnosed the osteo-arthritis in my knees and arranged a therapy program to improve my range of motion.

Stan had x-rays done as well and thought he saw a fracture. To be certain, he ordered an MRI. I’d never had one before, but I watch a lot of House, so I thought it sounded exciting. In reality, it’s kind of dull and noisy.

The MRI did give some great images and Dr. Schooler let me know I had five fractures and edema. Edema is fluid trapped in the body’s tissues and mine was around the fractured bones. I’ve been trying to walk on a broken foot. Great!

He had me fitted for a cam boot. It’s one of those Franken-Stormtrooper looking things that goes all the way to the knee. I’ll be sporting this style for a minimum of two months.

← Hide All Jesus Freak Shirts and SUVs
Good to the First Cup, and the Last Cup, and Every One in Between →