MEDIOCRITY
A Thief in the Life Collection
Acrylic on canvas, 36 X 36 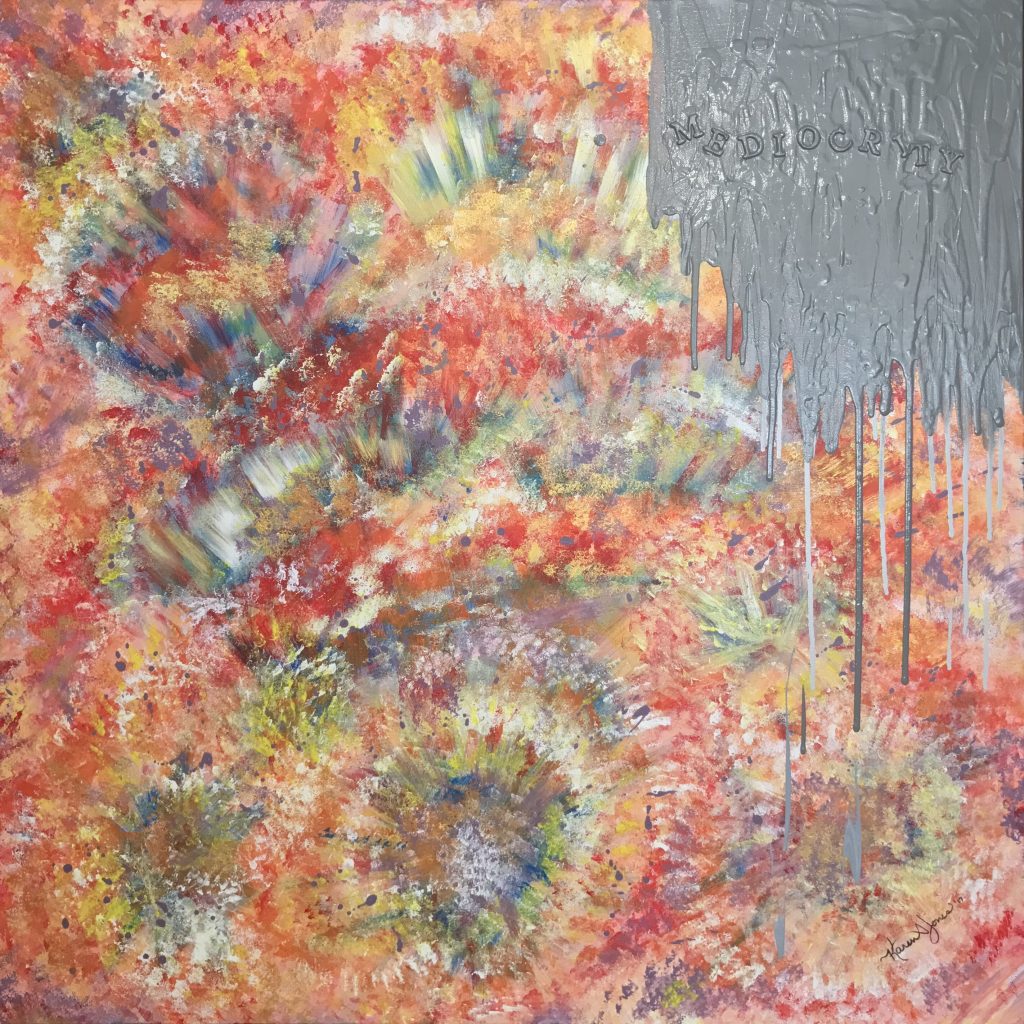 People who are unable to motivate themselves must be content with mediocrity, no matter how impressive their other talents. ~ Andrew Carnegie

What would Andrew Carnegie know about mediocrity? He amassed a fortune equivalent to $309 billion today and is still considered the wealthiest American ever to live even though he died nearly a hundred years ago. Well, he must have been born into wealth. Nope. He was born in Dunfermline, Scotland in a weaver’s cottage with one main room that served as living, dining, and bedroom. So how did a man born with so little amass so much? Well, it wasn’t by choosing mediocrity.

However, Mr. Carnegie’s thoughts and beliefs on wealth and work weren’t what you’d expect. In a time when wealth was passed down to heirs, Carnegie wrote an article in June of 1889. In it, he proposes the wealthy should redistribute their surplus in a thoughtful and responsible way in an effort to reduce the division between the rich and poor. He didn’t just suggest this life strategy. During the last eighteen years of his life, Carnegie gave away roughly 90% of his fortune to philanthropic causes.

So basically, Mr. Andrew Carnegie spent his life choosing motivation over mediocrity. That daily, perhaps hourly, choice led Carnegie to purpose, wealth, and the means to change the lives of others.

Mediocrity depicts the effect of choosing less in your life. You’re a settler. You tell yourself, “It’s good enough.” You do the bare minimum. You live just to get by. And when you feel the nagging or pulling of your once bright potential, you fill your thoughts with pointless diversions. You choose not to think about it.

Mediocrity gets the best of people. Literally. It waters down amazing talent. It reduces brilliant creativity to a glimmer. It turns great imagination into simple cleverness. Like a painfully slow quick sand, it grabs you by the ankle and takes its sweet time pulling you under. It moves into a small, insignificant corner of your life and feeds on insecurity, nurturing itself with indecision and laziness. Once fully intertwined in your life, it creates doubts and fears, steals creativity and imagination, and after many years, turns your powerful potential into what could have been. 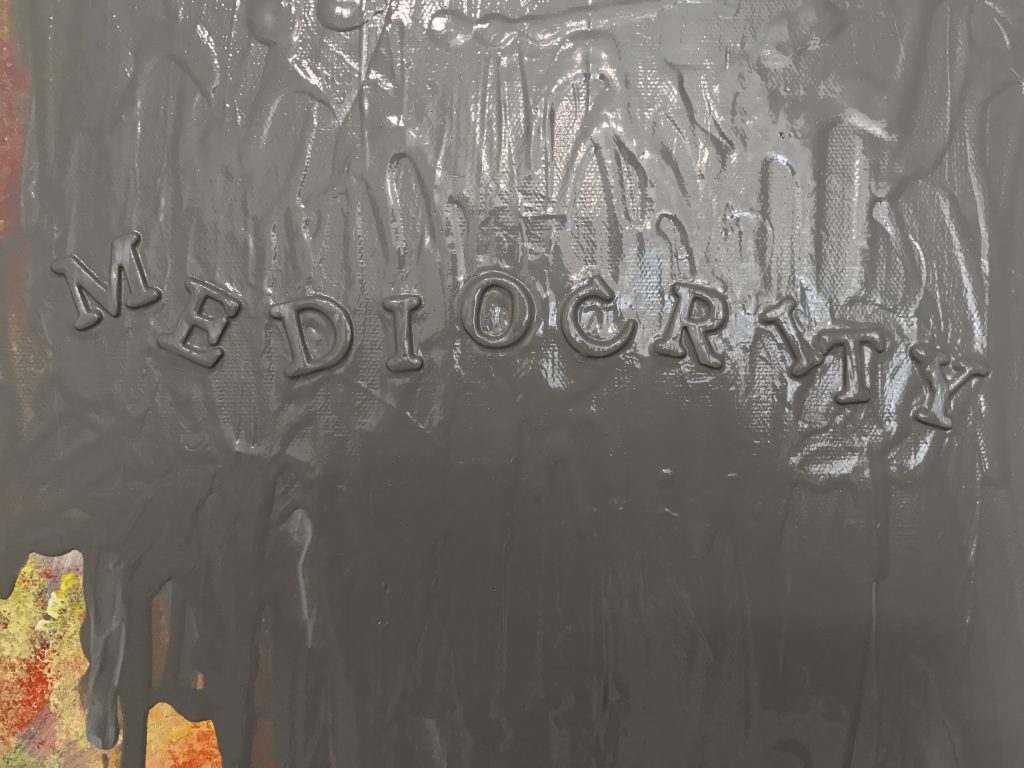