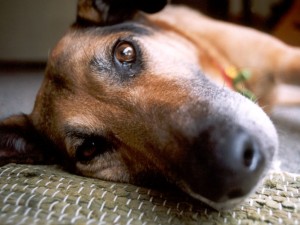 My niece, Sierra, wants to be a veterinarian one day. If not a vet, at least something where she can work with animals. To give her some experience, we signed her up to volunteer at the local Animal Rescue League. She was really excited about it and thought it was an awesome idea.

We went for an orientation last Thursday. They talked through the important procedures and gave everyone a tour. There were others there, including other teens. I learned that some school systems have “volunteering at an animal shelter” on a list of “community services” that kids in middle school have to perform. They put in their 2 or 3 hours and write a report, I guess.

Sierra, however, was very enthusiastic. She wanted to work every day. She was limited to just one day a week and she signed up for the next 2 months. I was very impressed with her attitude and work ethic.

So, anyway, I took her to the pound to put in her 4 hours this week. They were happy to see her. It was a little weird. I just dropped her off and they put her to work. While she was there I took Allyson on some errands and to her first sewing class. More on that later.

When I picked Sierra up, she was sweaty and covered in assorted dog/cat hair. But, she was extremely giddy about her afternoon with the animals. Hard work didn’t phase her a bit. She loved it and can’t wait to go back.