I realize your immediate reaction is going to be, “What does buying a doll have to do with traveling?” Just keep reading and it will all become clear.

A couple of months ago, my niece, Sierra, became enamored of a particular American Girl doll. This doll, Nicki, was special because she, like Sierra, was very fond of animals. Nicki even worked with seeing eye dogs. Sierra wants to become a veterinarian one day so naturally she felt a special kinship with this doll. A doll only available for a short time. Insert foreboding music here.

A plan was devised, probably by my daughter, Allyson. The girls set to doing extra chores and pooling all their money. I was actually quite proud of them. Not only were they working hard, they were working together. It was a very unselfish act for Allyson, something she is not entirely apt to do when it comes to money.

This past Monday, I decide they were getting close enough to the total needed that I should probably go ahead and order the doll. I go online to the American Girl website. Here’s what I found:

Ahhh… yes. Isn’t it great when we can teach young ones how hard work and unselfish sacrifice leads to absolutely nothing.

Anytime I want something I can get no where else, I check eBay, the world’s largest yard sale. The Nicki doll, normally $87 from American Girl, is being sold for over $200 on eBay. I’m torn between hate for the obvious vultures and the realization that not thinking of these kinds of things first is the reason I’m not rich. Naturally, I go crying to my husband, Rob. Not a great time to be the guy. But, he’s a calm sort and very patient with my emotional roller coaster personality. He says he will do whatever is necessary – even paying the exorbitant price people are trying to get on eBay for the now unavailable doll. What a great guy!

Later, it occurs to me that they might still have some in one of the three American Girl Place stores. I call. A very polite (especially for Christmas time) customer service rep informed me that they have 800 Nicki dolls in the Chicago store (the nearest one to us), but because of the limited availability, they do not take orders over the phone or put dolls on hold. I live five hours from Chicago. It’s already too late to leave and get to the store before they close.

I tell my husband all this, and believe it or not, he agrees to rush to Chicago first thing the following morning. I call later that evening after the Chicago store has closed to see how many dolls are still on the shelves. The customer service rep answered the phone very politely – more polite than most customer service people anywhere, anytime. I asked, “Will you tell me if you have any Nicki dolls still available in the Chicago store?” He replies, “No.” I snicker and ask, “‘No’, you won’t tell me or ‘No’ there aren’t any?” Can you guess the answer?

The following morning, the girls mention that they are so very close to having all the money they need. I have no choice but tell them. Days away from Christmas, I break the hearts of some hard-working, hopeful girls.

I’m heartbroken myself. It seems as though time has been against me. I berate myself that I didn’t call one day sooner. I nag myself in silence that I should have called earlier yesterday and we would have had time to rush up to Chicago before they closed. Then, breaking through the guilt and remorse, comes this still, small voice. My husband says, “Call again. There could have been a mistake.”

Again, I get in contact with a very polite customer service representative for American Girl. Where do they find such nice people? This ones tells me there are still several hundred dolls in the Chicago store. To assuage my obvious, and rightly-so, skepticism, she calls the store directly while I hold. Yes! They have 600 dolls on the shelves. 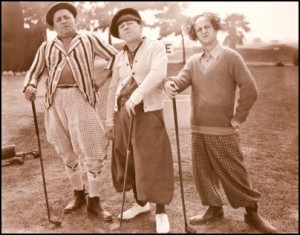 We drop everything! It looks like a Three Stooges rerun of scampering children, barking dog and rushing grown-ups. We literally hurl ourselves in our car and peel out of suburbia heading for Chicago at light speed. Two stress-weary adults, two children once again believing in Christmas miracles, and one dog, who would go anywhere just to be going bye-bye.

Since the trip was unplanned, we grab some cash at the local ATM and lunch at the local McDs, to be eaten in the car, before hitting the main interstate out of southern Indiana. It’s a five hour trip to Chicago from where we live. We already know without having to consult Google Maps since we’ve made this homage to all things American Girl before.

The trip through southern Indiana is uneventful. We pass through places like Tanger Factory Outlet at Seymour and the nicer one at Edinburgh. Yes, I said it – Edinburgh is nicer. No stopping for shopping this trip. We’re on a tight schedule. The girls thought fast and grabbed faster preparing themselves with GameBoys and iPods for the trip. These things kept them fairly content. Rob and I always take advantage of long car rides to catch up on all the things life doesn’t leave us time to discuss – like the big house I want to build one day. So, all in all, the trip up was nice with the exception of all the rain.

During the drive from the southern-most tip of Indiana to the Great Lakes region, we watched the temperature outside drop from a “long-sleeves” 58 degrees to a “frost-bite on the dog’s ears” 34 degrees. By the time we passed the last Starbucks before, what we call, No-Starbucks Land, I feared freezing rain. None came, though, and we arrived in Chicago safe and sound around rush hour. I realize that could be an oxymoron. No one is safe in Chicago at rush hour, but it really isn’t that bad. Quick navigation through downtown to the Magnificent Mile and Rob is dropping us door-side in front of American Girl Place. The girls and I rushed in, dog in tow in her bag, to escape the rain and the temperatures. Rob drove on to find a parking garage and make the trek back to meet us. Not a great time to be the guy.

The girls knew, instinctively, where to go to find the much-anticipated Nicki doll. At first glance, there were none on the shelves. I’m still coming up the escalator, so I point to an American Girl associate. The girls descend on her like ravenous wolves at Texas Roadhouse. She delivers. And pleasantly. Where do they find these people?

So, we have the doll. Now what? Rob hasn’t even made it back to the store from parking the car. To the girls delight, we look around. I even buy a couple things. Of course. No sooner than Rob arrives, we’re ready to check out. He turns right around and walks 6 blocks back to get the car from the garage he only moments before paid $12 to park in. Not a great time to be the guy.

He calls when he’s in front of the store so we can rush out through the rain and cold with minimum exposure. All safely, and warmly, and slightly more snugly tucked into the car, we head for home.