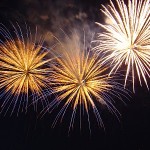 A lot of people consider making New Year’s resolutions. I’m not one of them. It’s a nice idea, but I really think I’d just be setting myself up for failure and ultimately guilt. So the only resolution I have ever kept is the one to quit making them just because I had to remember to use a new date when I wrote checks.

But that doesn’t mean I don’t seek change, especially for the better. So in reflection of the past year, I’d like to share a few things I actually accomplished. Mind you, some of them were not accomplished alone. But having good people in your life can be an accomplishment in and of itself. The good people in my life take part in the joy of my 2011 accomplishments.

I’m not numbering them because that would indicate I need to accomplish more next year, when really the only goal is to keep moving forward in a positive way.

A. I wrote, illustrated, and published four (count them – 4) children’s books. If you haven’t read them, please take the time now. This post is way less interesting than the books. 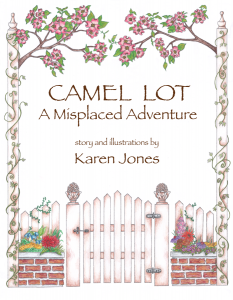 Camel Lot was a short story that grew too long for a writing contest. Rob suggested I finish it in lieu of finding a job (I didn’t really want a job but had no easy out until he said this) and we’d publish it. New services, like the one I use KDP, are sprouting up all the time to help authors get their ebooks to vendors. So I finished the story and did some illustrations and (WOW) got it out there to the ether for people to buy and read. And they have. Not millions, but thousands, and maybe one day, millions.

Bermuda’s Triangle, Area 50 Juan, and Santa Monica came quickly enough. Each new story allowed me to explore other styles of artwork. Area 50 Juan seemed to need something more dark and sketchy. Santa Monica is a modified anime/kodomo style which I thought would be cute. And with each successive title, we learned a little bit more (a drop in the bucket to the ebook industry knowledge that exists) about getting the books completed, adding the illustrations, what people like (and don’t like), formatting, writing software, pricing, and getting books out to the public. It’s enough to make my head spin. Or it would be if I didn’t leave most of the technical stuff to Rob.

So one of my favorite accomplishments of 2011 is becoming a published author. I didn’t get a book deal, but I have books out there in cyberspace and that’s a heck of a big deal to me.

B. I beat addiction*. You were a druggie?! Well, aren’t we all really. In one way or another. Come on, didn’t you pay attention in high school chemistry class when they discussed caffeine? Yes, I realize some of us out there really do treat our bodies like temples, but the fact is, most of us treat them more like trash bags. Dump in whatever garbage we find and tie a bow in the top.

So what did I beat? Well, drugs. Prescription that is. And caffeine, but more on that later. I began taking prescription pain medication when I broke my ankle (5 places – 5X the pain). It seemed absolutely appropriate that I be on pain medication and even when I’d been taking it over a year, it didn’t raise any suspicions in my pain-medication-soaked brain. Curious, I know. Again, it took one of those people in my life to make me even think, “Hey, there might be a problem here.” I was lucky. The process wasn’t horrendous like some cases you read about online. And I’m so glad I (or Rob) realized I needed to clean the pain meds out of my system. I feel so much better and many of the “problems” I was medicating for disappeared when I got clean. 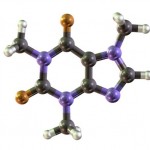 C. I beat caffeine*. Yes, caffeine is a drug, albeit legal. But it gets it’s own category under accomplishments because if you’re a casual user of caffeine there really is no reason to quit using it. So not using caffeine is more of a personal choice rather than a healthy necessity. Remember, some people are more sensitive to caffeine than others and it could be a healthy necessity to them. But, in general, caffeine is nearly harmless in moderate doses even over prolonged use. I however, was not a moderate user. I was a pot of coffee, 4 large Red Bulls, iced tea into the evening kind of user. Seriously, I don’t see how my jitters didn’t set off seismic waves.

So, how’d I do it? Cold tofurky. That’s the vegetarian version of stopping abruptly. Make a note here: DO NOT do it this way. I highly recommend you take the weaning approach to rid yourself of caffeine. Because, YOWZA, that was one really miserable withdrawal. Yep, I could have given in and had a smooth Green Tea Frappe to sooth my butchered temples. But, no, I decided to stick it out. Ultimately I recovered and all is well, but it was a pain I won’t soon forget.

D. I gave up HRT*. For those out there who are young and nubile, never giving menopause a moment’s thought, or of the male gender, therefore never giving menopause a moment’s thought, HRT stands for Hormone Replacement Therapy. There’s a lot of information (good and bad) out there about HRT. You just have to judge for yourself and decide if it’s right for you. I’d taken it for years because of surgically-induced menopause, but now that I’m really at the age of biological menopause, I’ve decided to quit treating my body as if I’m of child-bearing age. Menopause is a natural part of life for a female. So, I’m moving forward in a more natural state, sans HRT. 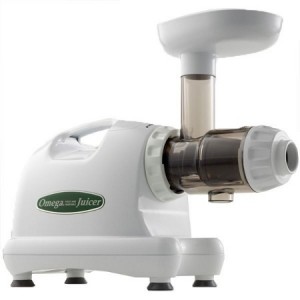 E. I finally tried juice fasting*. I’ve always wanted to try juice fasting. I’ve read about it numerous times over the years. I agree it’s an extreme nutritional approach, but with all the chemical changes I’ve put my body through, I felt the overabundance of nutrients common to juice fasting would do me a world of good.

The basics of the juice fast are simple. Buy a good juicer, buy the best produce available (preferably organic), and juice as often as you like (or can stand breaking down and cleaning your juicer), while consuming no foods you actually get to chew. Also no sugar, or other sweeteners in your caffeine-free tea. There are all kinds of modified juice fasts out there and a quick Google search will bring up more than anybody wants to know on the subject. But, I was super psyched to give it a whirl.

Now, I didn’t buy a really good juicer. I bought a centrifugal instead. Because of price. It was a fine juicer, if you’re concerned about quantity and speed and price. It made a lot of juice (not so much with green leafys) and it did it quickly. It wasn’t too horrible in the clean up department. And it was cheap. But… centrifugal juicers chop up your produce into fine bits and spin it faster than a black hole in space, thus damaging (with frictional heat) some of the vital enzymes you’re probably juicing to get. And you have to drink your juice immediately (within 15 minutes) because spinning adds damaging oxygen to your juice making the enzymes die off pretty quickly. So you can’t make a great big batch of juice to last you all day and only clean the juicer once. Ultimately you put a lot of fruits and veggies through your centrifugal juicer and get very little nutrition in return. You get plenty of juice, but that wasn’t my entire purpose.

Did I get any health benefits? Yep. But you’re results will vary depending on how unhealthy you are when you start out. I think I was pretty sad in the health department, so I noticed some results even though I wasn’t using a great juicer. I noticed that I slept better almost immediately. The reason for that could be the lack of digestion going on to keep me awake. I also noticed that I could see better when driving in dark, rainy conditions. When I quit juicing this perk seemed to fade. I also had more energy some days and felt like a sloth on others. No idea what caused either situation.

Will I juice again? You betcha’. I’ve already got my eye on a great juicer touted by many juicing aficionados as one of the best in it’s price category. The Omega J8006 is a single gear, masticating (means chew) juicer which produces great quantities of juice with no spinning (thus no oxygenation) and no heat (thus no cooked juice). I can’t wait to see how the better nutritional quality juice will effect my health.

Oh, I almost forgot. When I juiced, I lost nearly 20 pounds. That’s a perk too, right?

*Please note: This post is opinion and personal experience. It is in NO WAY to be taken as advice. If you need advice, please see a medical professional regarding addiction, fasting, or any of the other topics. Except book publishing. See Amazon about that. 😉