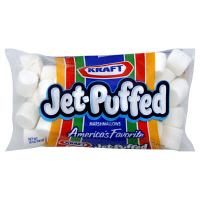 Recently I was researching cheeses to see if we, as vegetarians, could still indulge in Pizza King. We can, by the way, as explained in an earlier post. But, in my search I ran across something disturbing. Gelatin is in many foods unbeknownst to consumers. I guess it would be knownst if you could interpret the ingredient lists on packages and if you could actually read it without artificial magnification. However, in this particular case, I am at fault. I believed I knew what was in marshmallows. It’s just sugar in another shape, isn’t it?

So what’s the big deal about gelatin? Gelatin is extracted from the collagen inside an animals’ skin and bones, therefore making it a non-vegetarian food additive. You can’t get something from an animals bones while it’s alive. 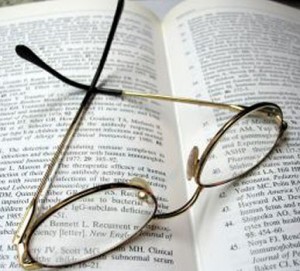 I stumbled upon this infuriating information at Almost Vegetarian, a website created by another human trying to go vegetarian in a “don’t ask, don’t tell AND don’t assume” food environment. Gelatin isn’t just in your favorite hot cocoa accompaniment either. It’s also in some ice creams, sour creams, cottage cheeses, yogurts and frostings to name a few. So check those ingredient lists carefully and don’t be afraid to put on your reading glasses. Better to admit your eyes aren’t as young as they once were than to eat animal parts you didn’t even know about.